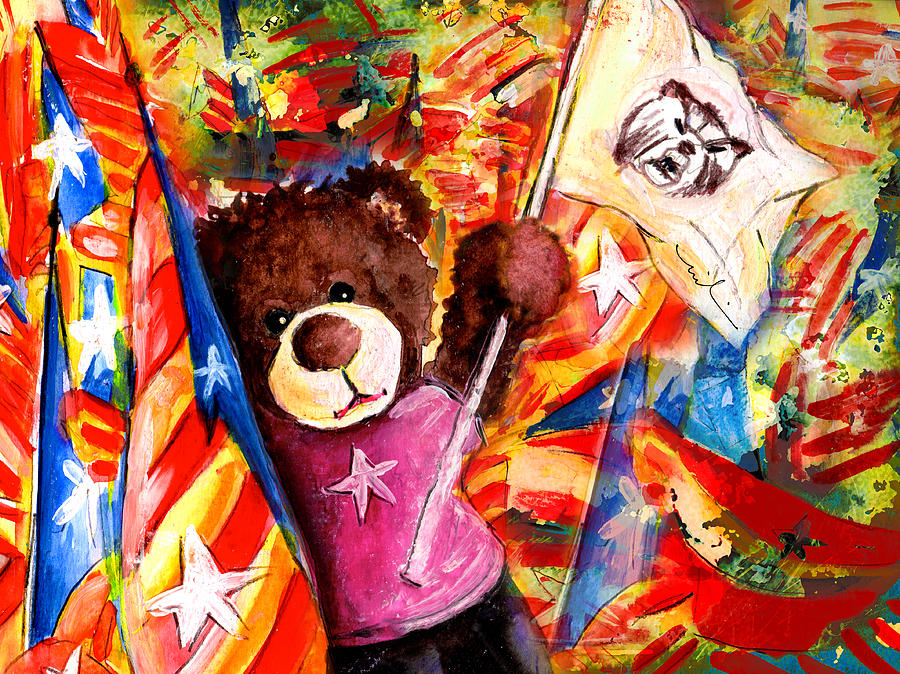 This original painting is currently for sale.   At the present time, originals are not offered for sale through the Miki De Goodaboom - Website secure checkout system.   Please contact the artist directly to inquire about purchasing this original.

Watercolour painting of Teddy bear Truffle McFurry holding white flag with an angry bear face in the middle of a Catalonia independency street event in Spain.

“ I don't know if they told you in your country, but this weekend Catalonia voted for their in dependency. I saw it on the TV, all these yellow and red and blue flags with a white star invading the streets, like a big wave from the sea!

I am not a political bear, well, that's to say, Miki told me to keep away from politics. But I don't like that independency at all, and the violence and the ego which go with it! I want the world to be a big peaceful country, without borders and fences, with we all belonging together!

Miki says I am naive... well, I prefer to be naive that alone in my independent state!

Anyway, last night I had a dream, dreaming i was in the street of Barcelona, almost drowning in this sea of Catalonia flags, and holding a big white flag with the face of an angry bear on it! It was quite scary!

Wondering if Barcelona will leave the Spanish football league if Catalonia become independent...