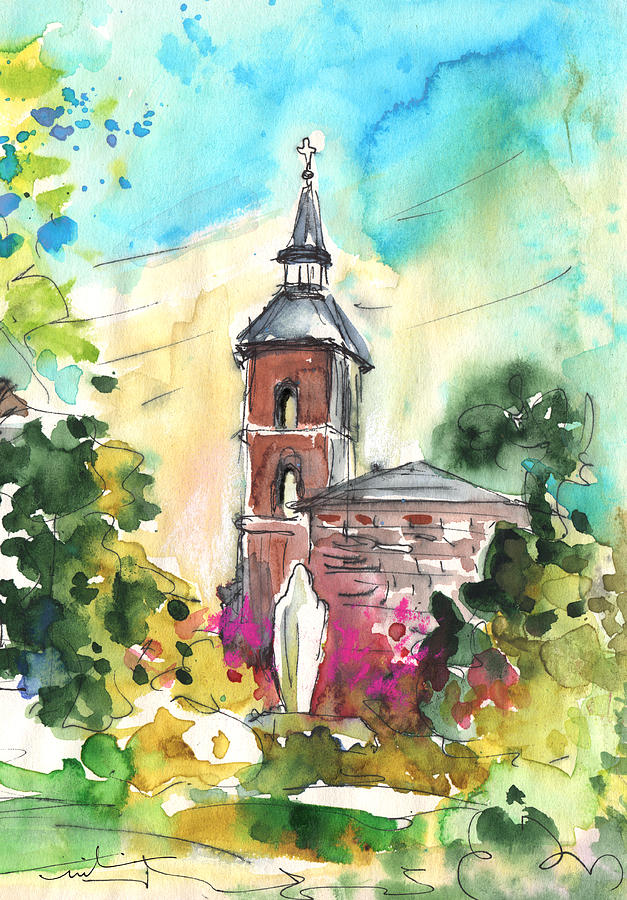 Alcazar de San Juan (often called simply Alcazar or Alcazar de Consuegra) is a town and municipality in the province of Ciudad Real, part of the autonomous community of Castille-La Mancha, Spain. It is located in the plain of La Mancha.
Its name is taken from an old moorish fortress, which was afterwards garrisoned by the knights of St John (San Juan in Spanish language).
Much of the action of Cervantes' Don Quijote takes place around Alcazar.
Travel sketch done on site during a painting trip through Spain in October 2013.
Detail of the bigger painting Alcazar de San Juan 03.