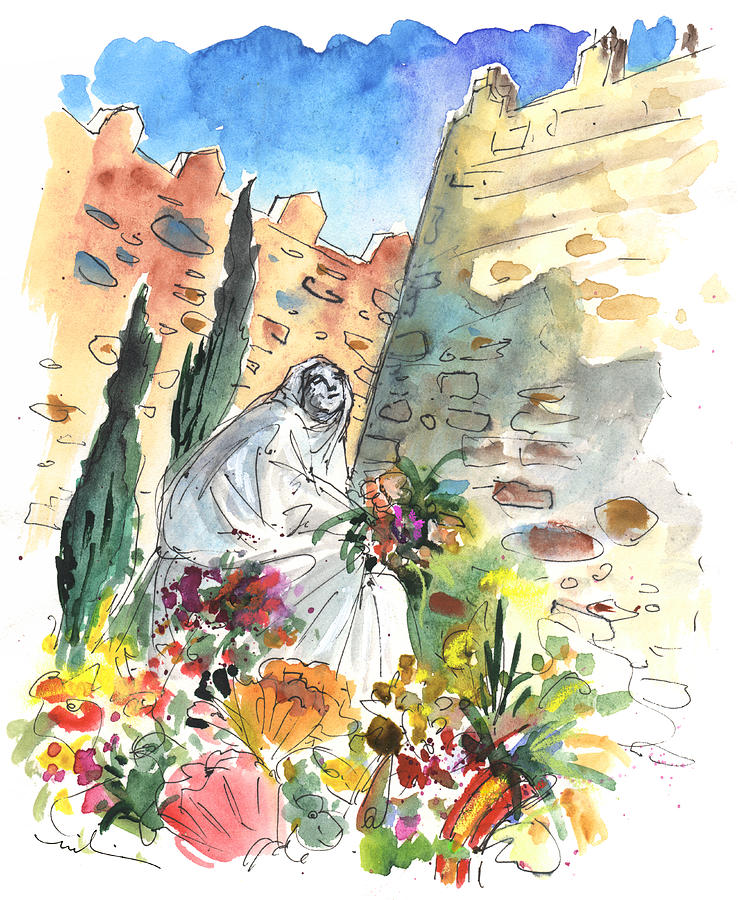 Teresa of Įvila, also called Saint Teresa of Jesus, baptized as Teresa Sįnchez de Cepeda y Ahumada, (March 28, 1515 – October 4, 1582) was a prominent Spanish mystic, Roman Catholic saint, Carmelite nun, writer of the Counter Reformation, and theologian of contemplative life through mental prayer. She was a reformer of the Carmelite Order and is considered to be a founder of the Discalced Carmelites along with John of the Cross.

In 1622, forty years after her death, she was canonized by Pope Gregory XV and in September 27, 1970, was named a Doctor of the Church by Pope Paul VI. Her books, which include her autobiography (The Life of Teresa of Jesus) and her seminal work El Castillo Interior (trans.: The Interior Castle) are an integral part of Spanish Renaissance literature as well as Christian mysticism and Christian meditation practices as she entails in her other important work, Camino de Perfección.

As I was there in October 2013, there was a pilgrimage, and mountains of flowers at her statue by the town walls.